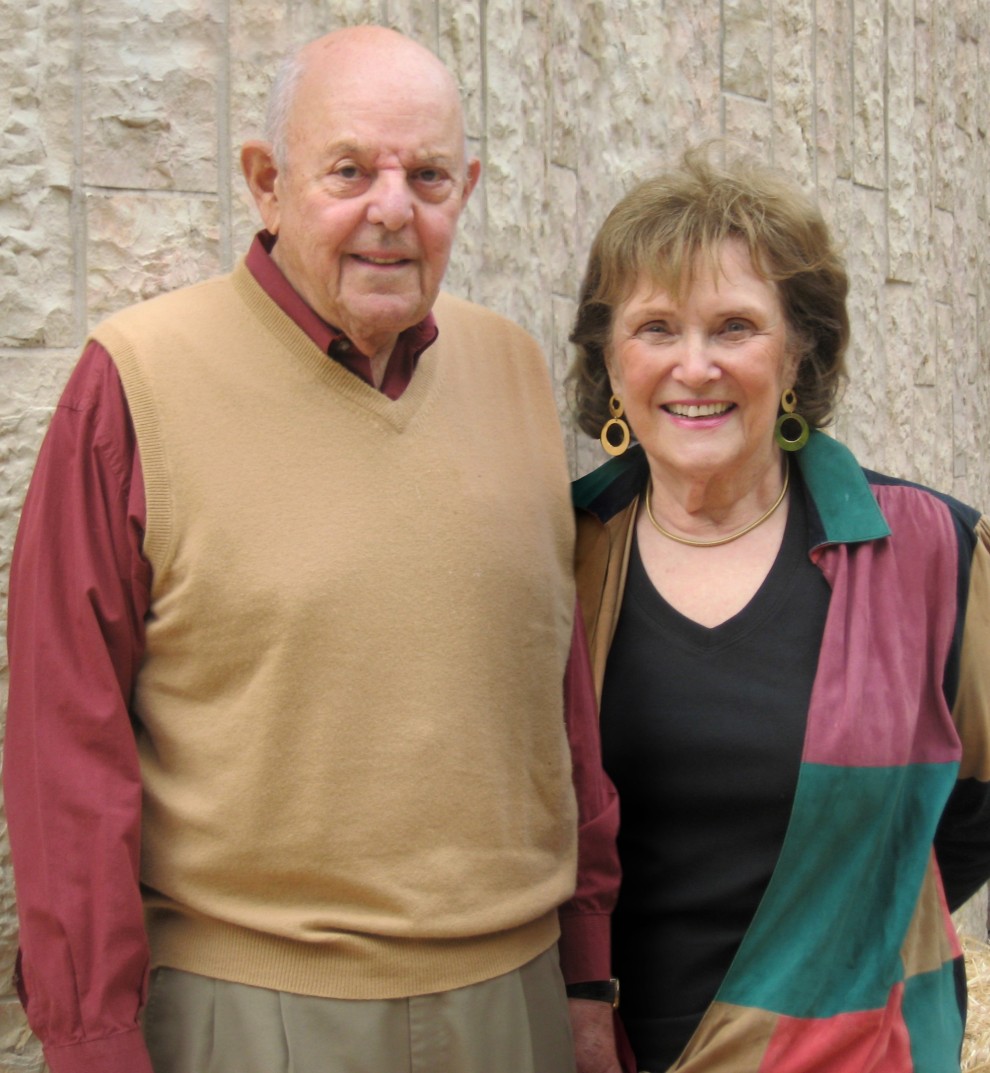 Penn State Hillel announced that its new downtown building will be named The Nancy and Bernard Gutterman Center for Jewish Life, honoring Nancy ‘52 and Bernard ‘51 Gutterman, longtime supporters of Penn State and the Hillel movement.

The Gutterman Center for Jewish Life, which broke ground in September, will be the new hub for Jewish life at the Pennsylvania State University. All support will go directly toward the Guttermans’ ultimate goal: ensuring that Jewish students at Penn State have the opportunity to experience the richness of Jewish life and continue to build the Jewish future.

The Guttermans have impacted Jewish communities across the country through Hillel, Jewish Federations, and multiple synagogue leadership roles plus their work with various civic organizations. They have impressive records of diverse volunteer service in the Greensboro community.  Bernie has served as Foundation and  Federation Board Chair, Campaign Chair, and on the board of Beth David Synagogue, as well as many community organization committees, such as Eastern Music Festival and United Way.

Nancy has served on the executive committee of the Federation Women’s cabinet and chaired many women’s missions. She helped create the Shalom Greensboro publication.

Their dedication of time, energy, and resources is to ensure that the next generation will have the opportunity to explore their Jewish identities.

"Penn State Hillel was so important to us as college students, and even as we started married life together in State College. Hillel was the one place where we could truly feel at home. We are thrilled to have the opportunity to help ensure that future generations of Jewish young adults will have a Jewish home away from home at Penn State, one that teaches them how to make Judaism a central part of their adult lives, as it has been for us." Nancy and Bernard Gutterman

The Gutterman Center for Jewish Life will be a tool to expand Jewish student engagement to the future leaders of the Jewish community. Not only will these students impact Hillel’s presence at Penn State, but those who will influence the Jewish world after graduation. This partnership of Nancy and Bernard with Penn State Hillel is a unique chance for the Guttermans to enhance Jewish life at Penn State and beyond, today and for years to come.