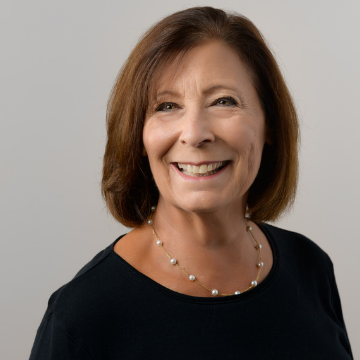 The Jewish Foundation of Greensboro welcomes Frandee Woolf as the Assistant Endowment Director. Frandee is a seasoned fundraising professional with almost thirty years of development experience with Jewish communal organizations. With honed skills in stewardship and solicitation of major gifts, foundation relations, and growing multi-faceted boards, she has a proven-track record of achieving fundraising goals and objectives as well as conceiving, organizing, and conducting numerous successful campaign events.

Most recently Frandee was the Executive Director of the Mid-Atlantic Region of the American Friends of the Hebrew University (AFHU) where she led several major gifts campaigns. Prior to joining AFHU, Frandee spent much of her professional development career at the Development Corporation of Israel (“Israel Bonds”), starting as the Women’s Division Director and rising to spend almost a decade as Executive Director of the Washington, DC office.

A graduate of the American University in Washington, DC, she also studied at the Hebrew University in Jerusalem before beginning her professional career in the Jewish communal world as a senior research associate at the American Israel Public Affairs Committee (AIPAC).

Frandee and her husband Steven, Senior Tax Counsel, JFNA, recently relocated to Greensboro to be closer to their family, Emily and Brandon Gray. Both attended college in Washington and have lived and worked there for more than forty years. Frandee is an avid golfer, enjoys reading and has learned to play mahjong since moving here. Most of all she enjoys spending time with her grandson.